FORD in Valencia manufactures 2,000 vehicles a day in the plant that covers an area of 300,000 m². In this huge facility, the company has managed to optimize its internal logistics with three autonomous mobile industrial robots from MiR. Pepe Pérez, Corporate Communications Manager at FORD Spain, says „we are proud to have one of the most innovative factories in Europe and pioneers in the use of collaborative mobile robots for the distribution of industrial materials that allow us to be more efficient in our intra-logistics“.

The production in the FORD plant is highly automated with multiple industrial robots as key element. To keep FORD’s production running it is essential to deliver fresh industrial and welding materials to the different robot stations of the Body & Stamping plant. However, before the implementation of the MiR robots, this was handled manually and was a repetitive and time-consuming task for the FORD employees that added no value. Therefore, a year and a half ago, FORD purchased their first collaborative MiR100 autonomous robot, which delivers spare parts to FORD’s manufacturing plant. The mobile robot avoids unforeseen obstacles, is able to modify its route or stop when necessary and it works safely alongside people and other vehicles in the plant.

Eduardo García Magraner, engineering manager of the Body & Stamping area said; „Of the 3 MiR100 robots we currently use, the first one that arrived at our factory was baptized with the name Survival, because it has survived in a very hostile environment“.

He added; „We programmed it to learn the entire plant map and this, together with the sensors with which it is equipped, means that it does not need any external help to circulate safely. When the tests started, the operators were staring at the robot as it passed by, as if in a science fiction movie. Now, they go on with their work knowing that the robot is smart enough to work around them.”

FORD tested the robot for a while and concluded that, „it worked flawlessly and has become a very valuable member of the team. Hopefully we can take it to other FORD facilities”, García Magraner adds. The company introduced the two other mobile robots shortly after the first one.

The delivery of fresh industrial and welding materials to the different stations of the Body & Stamping plant is essential for keeping the production of different FORD models running. Tests conducted by FORD showed that one mobile robot alone frees up to 40 man hours per day, allowing workers to dedicate themselves to more complex tasks.

García Magraner explains; „One of the first applications that we developed in FORD Spain Body & Stamping plant with the MiR autonomous collaborative robot was to transport spare parts for production equipment from the warehouse to the production lines. And now, we can say that Survival has survived to this hostile environment, and today continues to distribute these items from the warehouse to the production lines”. 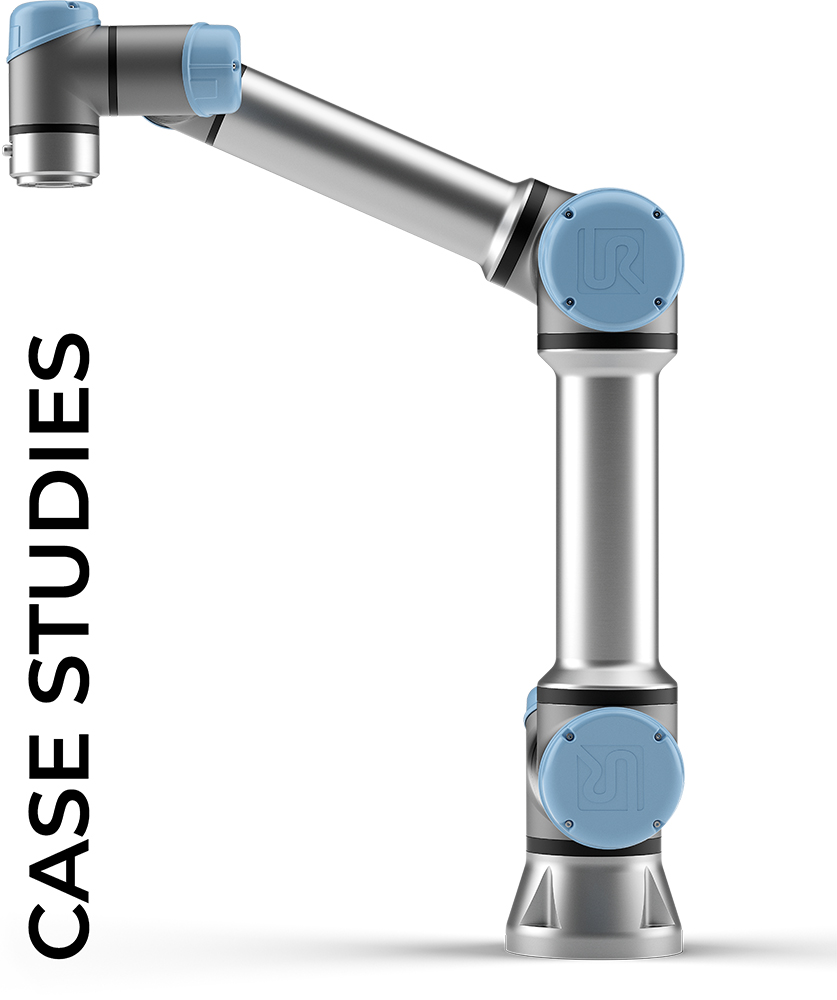 A key reason for choosing mobile robots from MiR was the flexibility of their robots, which is made possible thanks to their autonomous navigation system. Miguel Montaña, Analyst Maintenance Control said: „For us it was important that the 3 MiR robots had one key feature – that for the navigation of the robot, no external elements were needed, such as external beacons, magnets or tapes on the ground. So, we simply mapped the test area and the robot began to work, just like that. In an environment as complex as ours, that is very important”.

For FORD’s employees, a major factor was ease-of-use. Eduardo García Magraner comments that „The robot is well configured so that it can be used by anyone even if they are not familiar with the world of collaborative mobile robots. The system is very user-friendly, as the 3 MiR robots have their own routes throughout the extensive factory area”.

To adapt the MiR robots to their needs, FORD decided to equip them with an automated shelving system with 17 slots to accommodate materials of different weights and sizes. To avoid errors, the opening and closing of these slots is automated, meaning that operators in each area only have access to the materials assigned to them. Helios Alvarez, Manager of the Body & Stamping plant says, „the incorporation of the 3 MiR robots has allowed us to turn a routine distribution of spare items into a highly qualified job“.

These MiR robots are the first collaborative autonomous mobile robots to be used in a FORD production plant in Europe. In this regard, Alvarez adds, „The satisfaction we have achieved with the implementation of these 3 MiR robots in the distribution of industrial materials is allowing us to open new fields of expansion to incorporate new MiR robots within the scope of the Body & Stamping plant and even going beyond, to other areas within the factory. We have been able to demonstrate that these robots are capable of learning their way by themselves and also interact perfectly well with our employees and forklift trucks or any other moving element with total safety”.

Back to the case studies